In 1948, a group of young artists and intellectuals committed to the avant-garde (Brossa, Cuixart, Ponç, A. Puig, Tàpies and Tharrats) brought together their concerns to found a magazine that was a vehicle for the expression of openly rebellious attitudes towards the barren cultural and artistic scene of the time. They felt a special attraction for the magical and mysterious side of reality. They combined surrealist, Mironian, Klee … influences with other literary, philosophical and musical influences, all with the substratum of a mentality with a Central European vocation, more prone to the dark and Faustian than to the Mediterranean openness. In these years we find works made in the most diverse techniques from ink drawings to gouaches and oil paintings of abstract compositions from a geometric automatism to the conjunction of symbolic elements, star figures and signs forming enigmatic landscapes and magical cosmologies. This surreal, imaginative and poetic phase, plastically ethereal and dominated by drawing, had been preceded by material essays, collages and debris recovered from post-war ruins, landscapes and abstractions of expressionist affiliation. 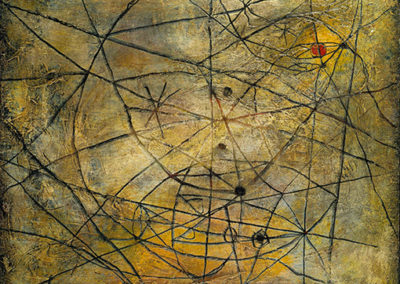 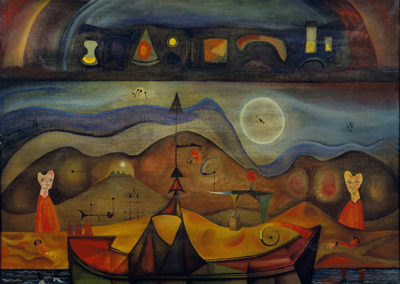 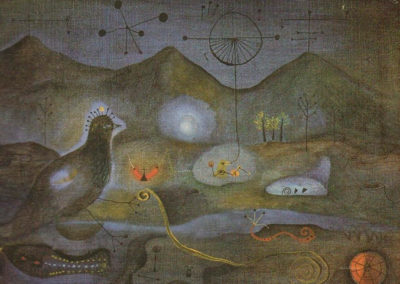 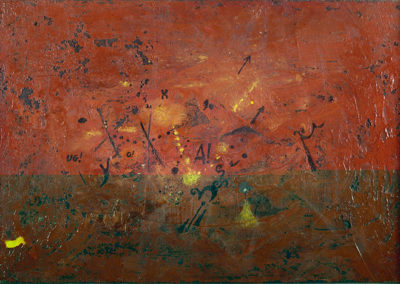 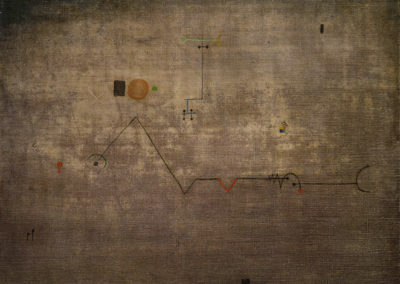 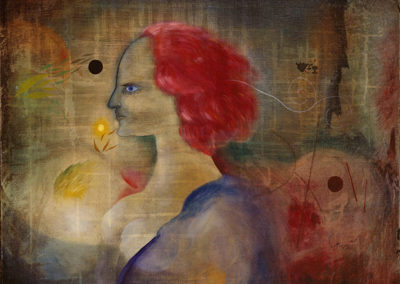 It illustrates a dense informalist cycle that the author began in the mid-1950s (Lyon stage) when he produced the most unusual amalgam of materials and procedures, and unknowingly coincides with art autre, Dubuffet and Fautrier. Works, often on wood, resolved by attacking the support (burns, incisions …) and / or gluing various materials and later discernible objects, until culminating in the so-called “heteroplastic constructions” (1957). After this first experimental phase, there is a deepening and reflection on the expressive capacities of matter that crystallize in magnificent discoveries that elevate it to the peak of success and international recognition (Bienal de Sao Paulo, 1959). Its praised metallic iridescent surfaces (gold, silver, copper) with accentuated textures and its particular use of dripping, constitute a highly personal alchemy that seeks to enhance the most humble through a splendid metamorphosis that it achieves through unusual technical procedures.

In the midst of this informalist heyday, other expressive concerns are already emerging, which is indicative of a constant in Cuixart, the flight from his own successes and achievements to face new challenges that prevent him from falling into any type of creative reiteration. As soon as the 1960s began, still within the same material language, he addressed the sexual issue and he did it without dissimulation with works of an aggressive relief, tremendously daring for that moment of taboos and repression. The atmosphere is oppressive for him and echoes foreign trends such as New Dada and Pop Art or Nouveau Realisme from very personal perspectives: in 1963 he surprises with the famous lacerated dolls, symptomatic of deep existential anguish. The object is incorporated into his work also in free-standing pieces that are equally charged with dramatic expressiveness. 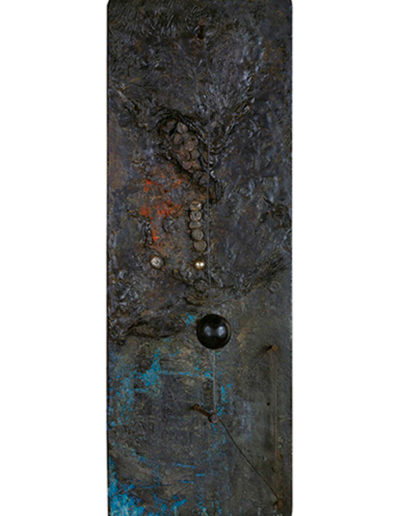 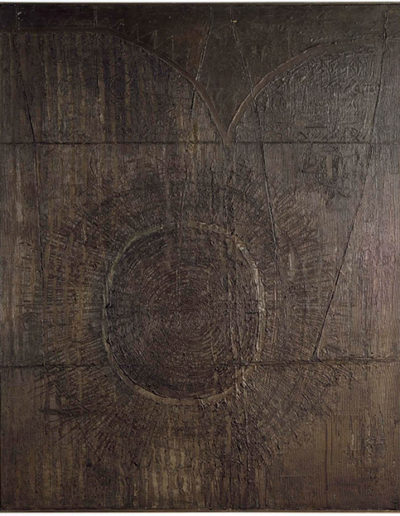 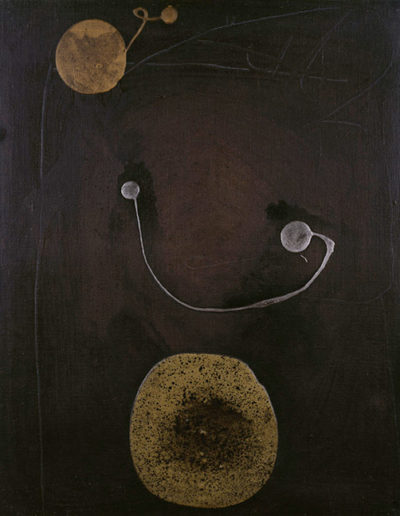 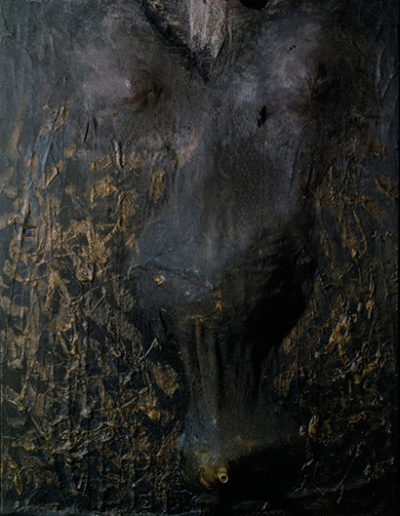 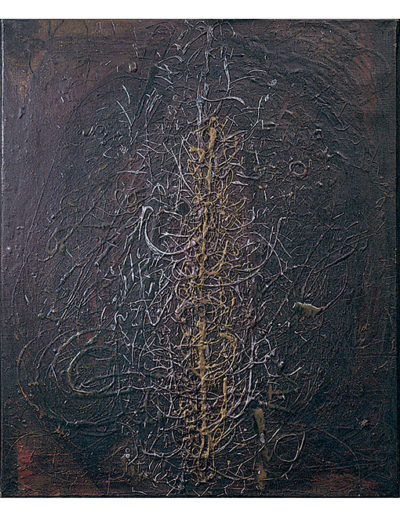 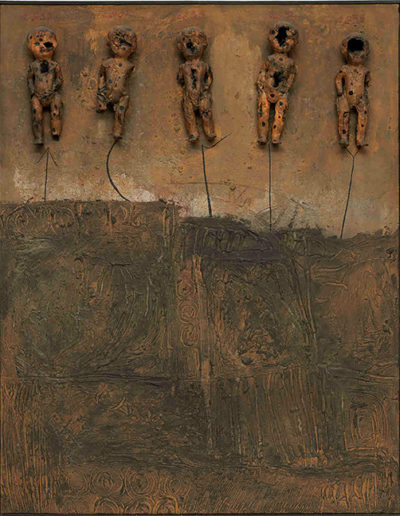 As a prelude to his fully figurative phase, he works on an original and interesting erotic-magical series with intellectualist overtones (1965-1969), where he combines material relief with calligraphic drawing. In the 70s, he opened up to the thematic of figure – always subjected to an expressionist deformation of reality – at the same time that he let his hedonistic and baroque vein flow impetuously.

Faced with the tragic vision of those tortured dolls – the first signs of expression through the human figure – he seems to oppose a trivial burlesque satire from the 70s. However, aside from the fact that he manifests a sumptuous and grotesque appearance with a touch of fatuousness that slides dangerously on the edge of kitsch, the divergence is mainly of a formal nature. It is a new moral revulsion in this case against hypocrisy and foolishness through a language that is also surreal, expressionist and pathetic that maintains an obvious sinister background. They are works that, on the one hand, appeal to the senses due to their voluptuous preciousness and the great fluidity of the execution, and on the other, they appeal to the subconscious, to the most hidden ghosts and obsessions, including signs of the Daualsetian type. Distorted faces and bodies with unlikely disproportions that despite their monstrosity, often possess a haunting and strange beauty. Anguished and perverse specters that are inscribed in the most surreal and grotesque Goya tradition and seem to proclaim, like the Vanite baroque, the inexorability of death. Already in the 80’s, Cuixart drifted towards a crude and strident chromatic work in which women with pompous headdresses abounded. 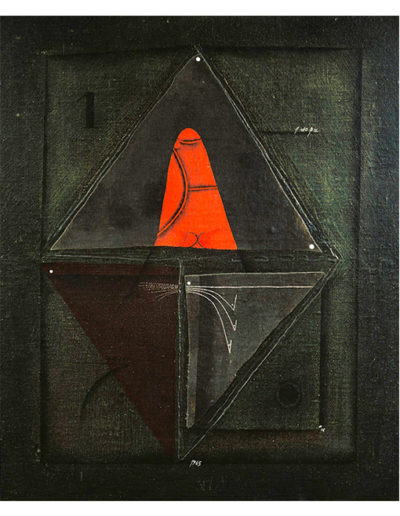 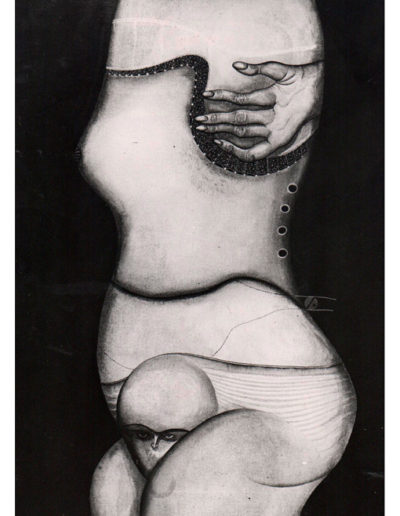 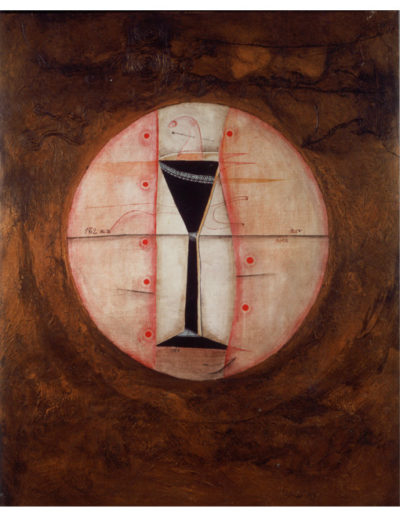 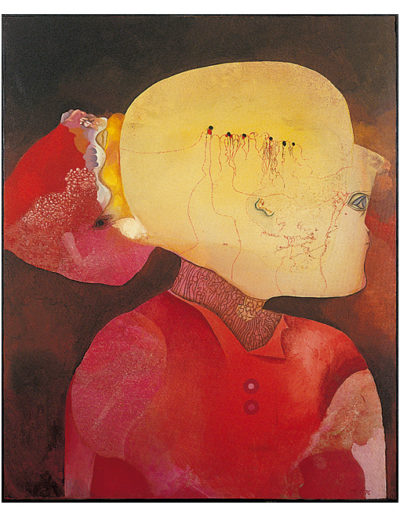 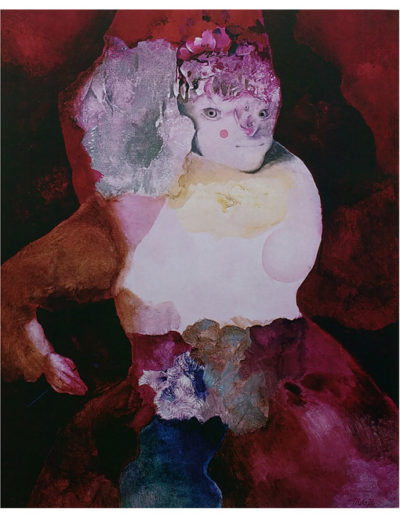 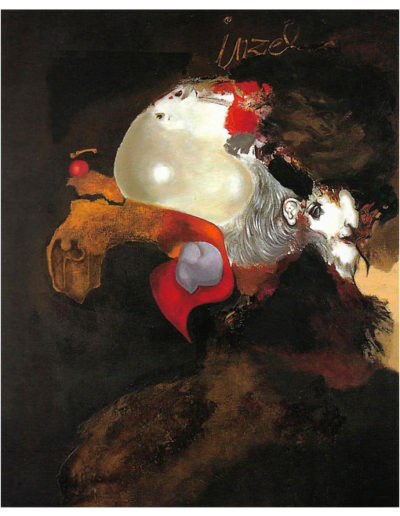 The content of this last stage corresponds to the work of the last decade of the 20th century, a masterful compendium of all previous experience embodied in the sober and balanced language that we find in his subterranean insights into nature. It is a broad and dense cycle – in which large formats abound – endowed with a sublime aesthetic sense that manifests the joyous fullness of a very singular and fruitful pictorial personality. Starting from an unprecedented conception of a theme as traditional as landscape, the author moves away from visual reality to delve into the deep and mythical spirit of nature, the mystery of forests and the magical and silent lyricism of the fertility of the Earth. Splendidly mature compositions where geometries, biomorphologies, signs and some small figures or animals intervene in perfect conjunction in a fascinating setting. Precisely aspects such as the metallic iridescence and the meticulous work on textures or the survival of the magical and sign factor of these works from the 90s, towards the end of his pictorial career, they manifest the continuity of the author’s reflection on the components of his own language of unlimited resources and evident conceptual solidity. 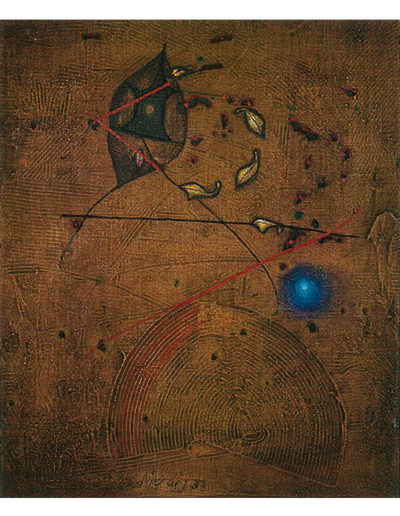 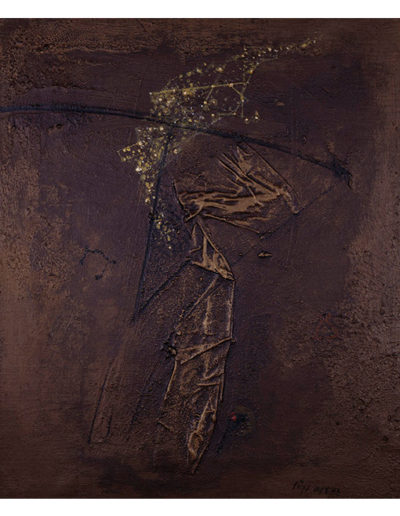 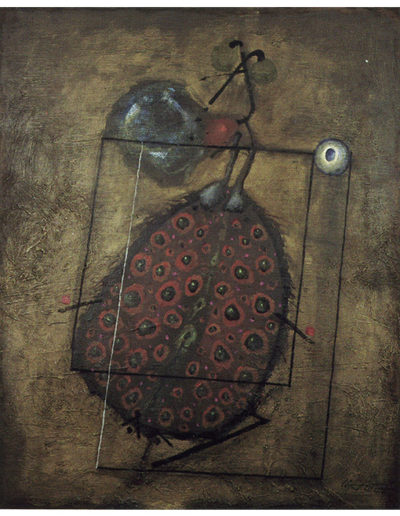 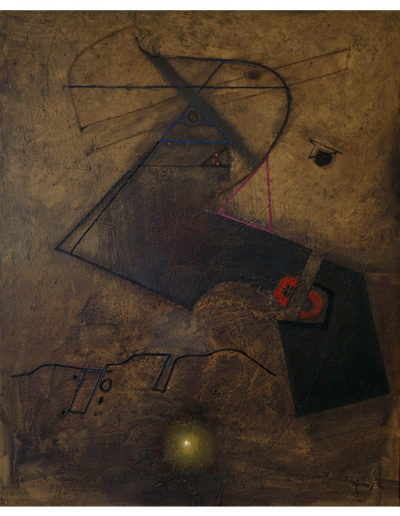 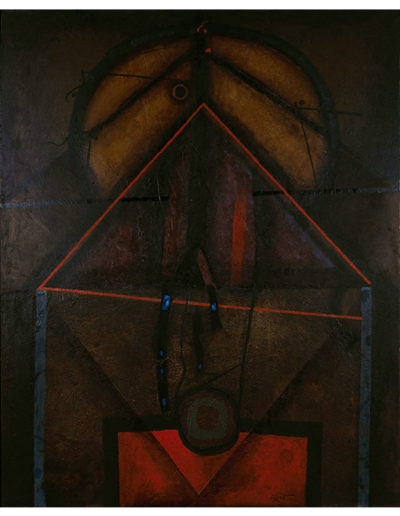 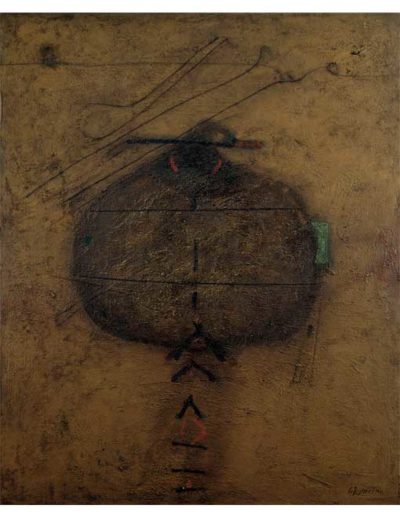