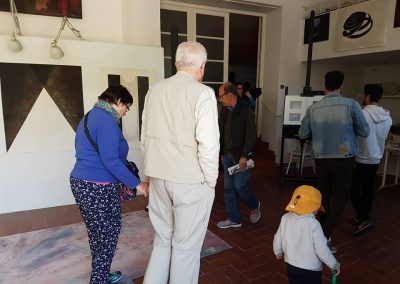 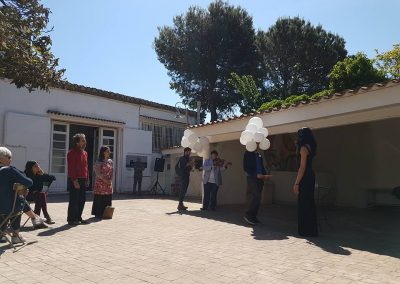 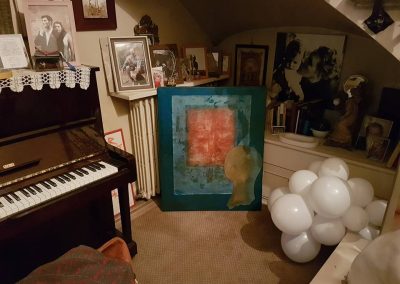 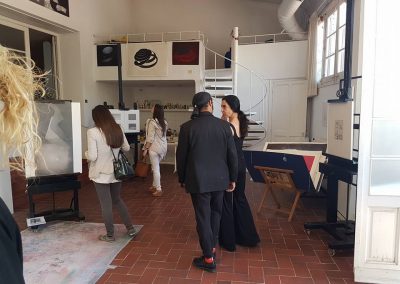 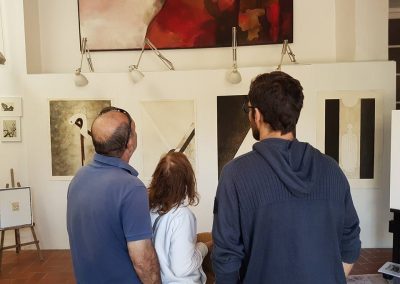 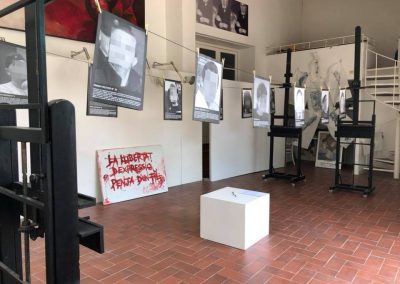 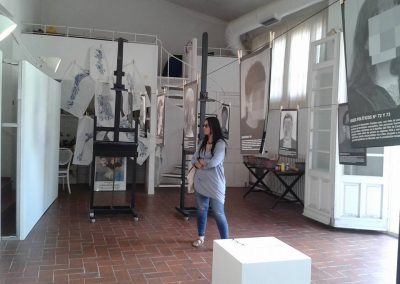 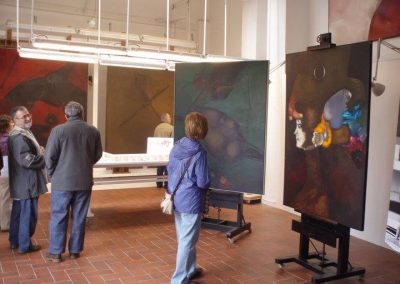 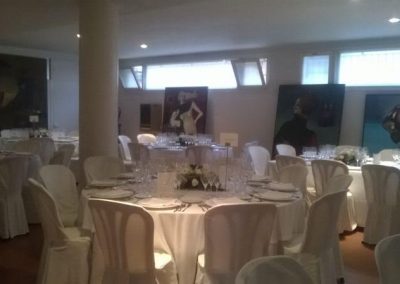 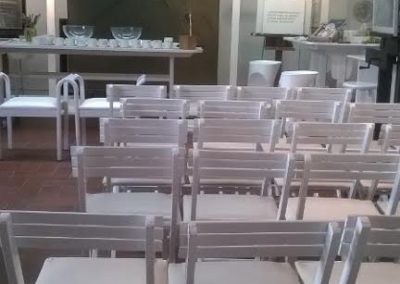 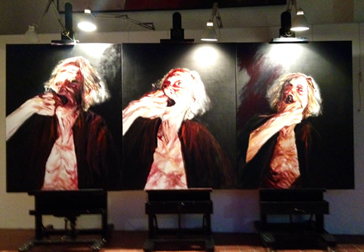 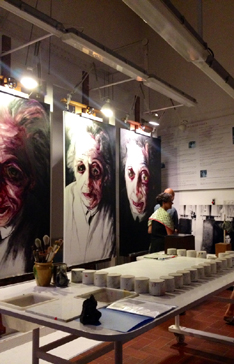 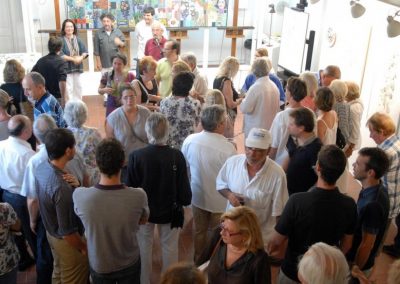 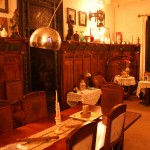 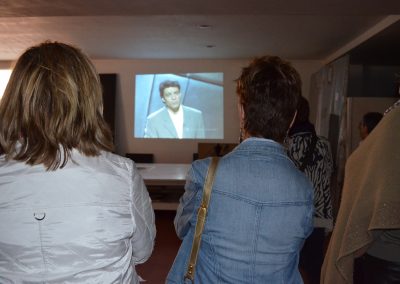 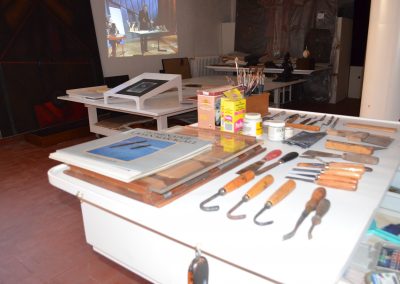 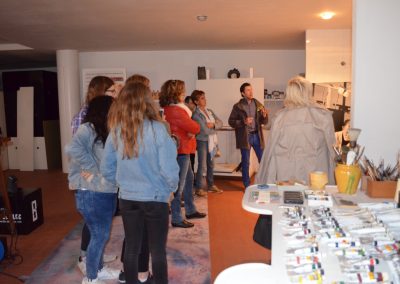 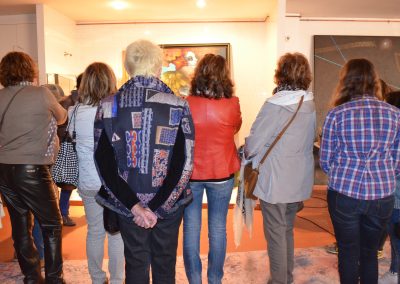 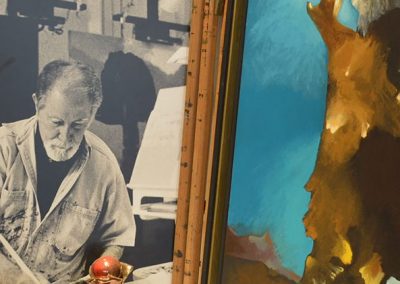 The Cuixart Foundation proposes an amusing and didactic journey through the house, garden and workshop of Modest Cuixart, by JoanCuixart, the artist’s son.

Today, it is possible to contemplate the work and know the artist’s workshop that is preserved as it was used, as well as the modernist house where he lived, now the headquarters of the Cuixart Foundation in Palafrugell. The organization organizes for groups a guided tour through the spaces of Can Cuixart and personalizes this activity in each group. A tourist and recreational project that the entity has been successfully scheduling for three years.

This workshop, called Taller Victoria, was built in 1984 and was designed by Marc Cuixart architect and professor, firstborn son of Modest Cuixart and Mariona Goday. The creative process of the painter Cuixart was very intense and spent days closed to the workshop submerged in his cognitive and creative dream. The workshop of the painter has been preserved. Preserving the atmosphere in which Modest Cuixart carried out his creative process and kept the utensils used in the original arrangement according to the painter’s habit. Nowadays, a selection of works by the artist is exhibited, especially for the entity’s determination to preserve the magic of the environment marked by the personality of the painter. In addition, the view is an experience for the visitor who, after placing the works in his historical-artistic frame and justifying the painter’s relationship with intellectually and his relationship with the sources of inspiration. Linked with the scientific and philosophical foundations the free interpretation of the work of Cuixart is invited as a particular account. The foundation collects and contrasts to know the artist better in an empirical, unusual, but very enriching research.

Casa Miquel, Vincke and Meyer known as Casa Miquel, Es Xalet or Can Cuixart an architectural design protected as a cultural heritage of local interest in the municipality of Palafrugell. In addition to a single-family house, it was the Cork oak factory of Miquel Vincke i Meyer. The house is a building from the beginning of the 20th century, approximately from 1910. The promoter was Joan Miquel Avellí. An expert surer associated. Part of the architectural complex. Currently, consists of the building of the Cork Museum, sculpture of the Vilacases Foundation, La Bòbila Nova, the square of Can Mario and the Modernist repository. Until the last decade of the 20th century. The building was attributed to the architect Josep Goday i Casals. The Museum of the Cork extended the historical research on the occasion of a paper at a Surer Congress entitled “Manufacturas del Cork” with that new documentation of the buildings was discovered, such as the architectural plans signed by General Guitart. After being Miquel Avellí’s house. He was the Mayor of Sunyer and the last family is Cuixart. Property still conserves and cares for it as an important part of the cultural heritage it represents.